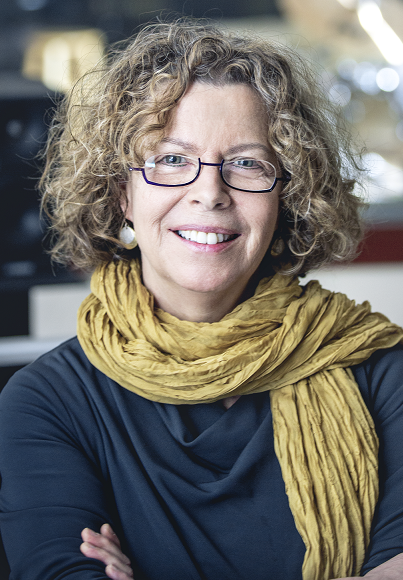 In the field of the Psychology of Music and the Neuroscience of Music, much of the research — I might even venture to say most of the influence — has come from Montreal and the members of the BRAMS Laboratory, encompassing full-time faculty of the Universite de Montreal, McGill University, and Concordia University, and associate faculty from around the world. And much of that influence can be directly attributed to the wonderful contributions from the career of Dr. Isabelle Peretz.

Especially in the early part of her career, Dr. Peretz worked with Amusic patients (many congenital) and explored the neural constraints imposed by this lesioning to musical abilities. I had anticipated that one with such deep interests in music and neuropsychology would have a childhood that was surrounded by musical parents  and scientific excitement.

Dr. Peretz describes her parents in the following two clips. That is followed by a third description of her early aptitudes and interests:

Okay,  so that’s her parents — oh but there is so much more to them…

There’s a part of me that didn’t process this immediately. In retrospect her mom may have been an amusic!!! It’s a striking insight from Dr. Peretz and the eventual trajectory of her research.

Okay, one last excerpt on her early life to add the other interests:

As she says, “that explains everything!”   During her childhood, Isabelle’s mother didn’t get music, didn’t want music around her, actively discouraged involvement with music. Possibly because her mother suffered amusia and was neurophysiologically incapable of processing music. Instead of an early life filled with music (or perhaps even driven by an absence of music) the young Isabelle absolutely and necessarily endeavored to make music a focal point in her life and scientific career.

Setting her mind to that goal is all well and good, except that we need to consider the scientific world at this time (mid-1970’s). There was no BRAMS lab, there was no Centre de Musique and Neuroscience. The emergence of the neuroscience/neuropsychology of music emerged during, and due to, the emergence of the careers of Dr. Peretz, Dr. Robert Zatorre, and  handful of other talented scientists. There was the start of a Psychology of Music from pioneering scientists like Dr. Diana Deutsch, and, as young Isabelle considered her educational opportunities, she even visited Dr. Deutsch at the University of California, San Diego in beautiful San Diego, California as a prospective student. But this was not to be: the educational approach, cultural approach, the structural design of the university, felt somewhat alien to Isabelle. She was not prepared to leave Brussels, Belgium just yet and jump into an exciting scientific space that was so distant.

Instead she embarked on an experimental Psychology program at University Libre de Bruxelles working with her graduate mentor, Dr. Jose Morais. He was studying literacy, speech, and in a department dominated by a fairly important figure in Psychoacoustics, Dr. Paul Bertelson, who did much of the early work on the ventriloquism effect and related phenomena.  As a new student, Isabelle came to her mentor with her plan to work on the Psychology of Music.

Here, Dr. Peretz describes the reception to this idea:

I know that hindsight is 20/20 (or 6/6 in metric) and that if we knew then what we knew now that there are all kinds of little adjustments one might make. I certainly wouldn’t have eaten all that extra poutine last night. Certainly, eating some poutine is very enjoyable. Eating the sampler of 28 different poutines just to really “get to know the variety”  is too much. I get that now. But I digress.

So here, Isabelle came to her mentor and asked to study music. And he said “no” so she pressed ahead with it anyway gaining his support in the process.  It’s an impressive amount of determination — especially for a student — and that seems to have been a hallmark for her work to come. Still, the  hindsight we’ve gained would seem to indicate that early support  and encouragement of her pursuit of these topics might have been warranted.

There is more to tell from  her student life: the kinds of research she started on (amusia wasn’t yet a thing and she certainly didn’t yet have patients), the ideas that excited her, and the misogyny from some  of the important  faculty in that department. Important topics that I look forward to revisiting in more depth.

Instead, let’s  jump  ahead to  the amusic research:

Dr. Peretz had to find a way to understand this disorder and clinically demonstrate the many critical implications it had. This began the formation of a new idea in perception: that music is special, like speech. If speech is modular, isolated in the brain and in its functioning, then music would appear to meet the same criteria.  It took the work of Dr. Peretz to slowly and systematically chronicle case after case of people with amusia to make that argument, and it started with CN. Her HM.

Like HM, there was some struggle to convince the scientific community, as described here:

Again, there is much more to tell, and hearing Dr. Peretz  describe her work  is completely charming. I look forward sharing so much more with you, but, then again, so does she! As  ever, she’s got some big ideas in the works and it was exciting to hear her describe them. I can’t wait!

Here are some of the excellent articles from Dr. Peretz’ career:

(Photo is from BRAMS laboratory with the permission of Dr. Peretz)

4 thoughts on “Dr. Isabelle Peretz and Music are Special!”