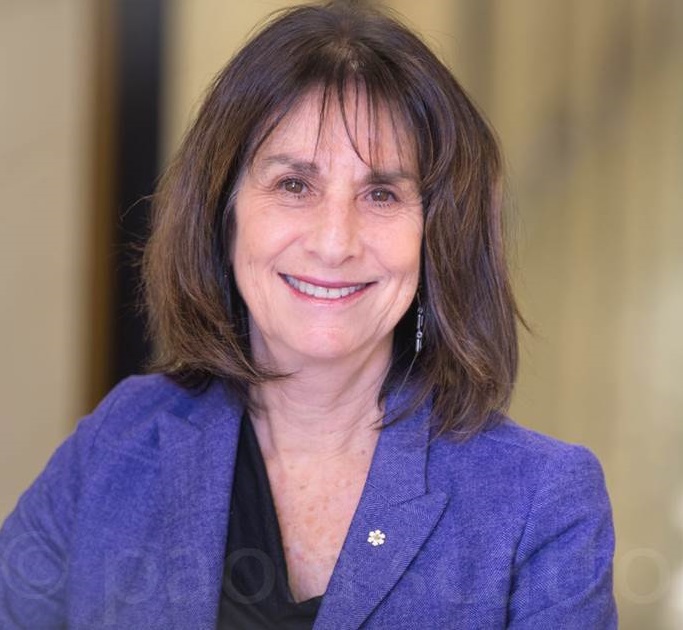 Dr. Ellen Bialystok is the Walter Gordon Research Chair of Lifespan Cognitive Development at York University, and an Associate Scientist at the Rotman Research Institute of Baycrest Hospital.  In meeting with me she prefaced the conversation (and the recording I took) with the following consideration: her vocal tract was degraded by a health issue, and is acoustically different than what she grew up with. Begging her patience, and your tolerance, she nonetheless had some incredibly insightful things to say that I wish to share with you in her voice.

Here she introduces herself:

Dr. Bialystok is one of the most recognizable researchers in bilingualism, and has tremendous contributions to the understanding of psycholinguistics, cognition,  aging/lifespan development, education, and related fields. Of course I was curious about her history with languages and upbringing. She quickly dismissed bilingualism as a major theme in her youth. Yes, there were multiple languages in her childhood (her grandparents spoke Yiddish and she learned that along with English), and more language courses and development when she was a student in school. While all that is true, for her as a scientist language has always been a window to larger issues in science and cognition. Language was not the end point, but the means to answer questions about how information was being processed and what sorts of processes and mechanisms were key.

Dr. Bialystok is a first generation college student from a family that had modest means, but was committed to her educational advancement. Here she describes her parents, their interests and activities during her childhood:

So how does that get her to the field of Psychology, or science at all?  She describes the context of her youth and how that put her on the path to college and majoring in Psychology in the following excerpt:

Her description in this last clip is certainly jarring, if not horrifying (albeit representational of her life as a girl growing up in Toronto, in  the 1960’s.) Dr. Bialystok has been so successful because of an undeniable intellectual  talent paired with a willingness to unrelentingly pursue and understand her data. This person, or this child at that time, came into her education handicapping herself — metaphorically tying to tie one neural lobe behind her back — in an attempt to keep people from seeing and fleeing from her cognitive aptitude. An aptitude that through socialization and internalization young Ellen had determined was not culturally acceptable to put on display.

In the end it didn’t stop her — clearly she delved into science, completed her doctorate, and worked on some meaningful issues. But the affects of that socialization impacted her educational choices and the trajectory of her career.

Her impact on Psychology was fairly immediate. In reading her work as I prepared my previous post, and in speaking to her, it is evident that she took a critical and daring step: she defined a new problem space in her area of discovery in the FIRST years of her career.

Here she provides insight as to the achievement she sees as most meaningful from her tremendous career:

She published that article A Theoretical Model of Second Language Learning (1978) in Language Learning – right out of grad school. It was bold, it was insightful, and it defined a kind of road map for linguistic/language processes as a lens to cognition. While  this set the stage, the most cited and renowned research of her career is that related to bilingualism and, of course, we discussed that.

In this excerpt, she discussed the genesis of the major breakthrough with that bilingual research.

She is quick to acknowledge the nuance of this research and the many validations that followed.  She also acknowledged and addressed to me, and as she published in many places, the challenges that have been posed to the findings. What and how executive functioning might be defined is a critical issue and this concept is not always carefully employed. The very careful control of methodology and the attention to age and task are absolutely critical, and precisely attended in Dr. Bialystok’s research program. The cognitive advantages with bilingualism are well-established in her research, but those advantages manifest only with a particular level of cognitive effort and population constraints:  with younger children, with older adults; and with more complex cognitive/attention tasks. In easier tasks and with young adults (who are at the peak of cognitive abilities), performance will tend to be similar between multilingual and monolingual populations. That what she’s found, and those who have questioned the bilingual advantage tend to replicate this finding and generalize it to all the other findings. Doing so leaves them dismissing the other data and ignoring the subtle, but necessary constraints of this particular finding.

Dr. Bialystok and her colleagues have also demonstrated the application of bilingual affects on executive function with older adults, particularly those with dementia. How she got to even do that research is a great story, and she describes it here:

Ask a good question, find an interesting  answer. Even if that question comes from those not directly involved in science and research!

If you trace the career of Dr. Bialystok one will find brilliant leaps as she integrates previously disconnected ideas into the generation of a new problem space. There are thoughtful and well-controlled studies, and there are fantastic theoretical models that effectively put her research in context with the broader issues and challenges ahead for cognition, psycholinguistics, and other domains in and around Psychology.

Here are some of the excellent articles from Dr. Bialystok’s career: