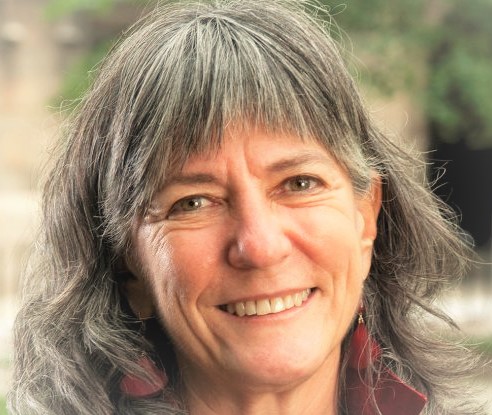 Dr. Susan Goldin-Meadow is a dynamic and powerful figure in Psychology whose journey into her scholarship comes with a healthy dose of serendipity. She notes a variety of life-changing influences from her chosen language in high school, a year abroad in college, the regional situation of her undergraduate institution, a well-used teaching demonstration, and the Sandinista revolution in Nicaragua. Serendipity opened her eyes to certain possibilities and, perhaps, that has made all the difference.

Dr. Goldin-Meadow is the is the Beardsley Ruml Distinguished Service Professor in the Department of Psychology and Committee on Human Development at the University of Chicago. She introduces herself in this first excerpt from our conversation:

Dr. Goldin-Meadow’s research has contributed greatly to the understanding of spontaneous and home sign (manual) communication, gesture, and related aspects of communication. Her scholarship helped define this area of psycholinguistics and has been critical to the application of this information to a better understanding communication processes, theory of mind, and the development of language spanning populations from deaf to hearing children.

In high school Dr. Goldin-Meadow took courses in French. This is not to imply that she eventually developed research on the French language, nor did she have a high school French teacher that invited her into the study of communication, although there are many language teachers who might inspire such things. Had any of those things been the case, this could have been a very simple story. Rather, when Susan was an undergraduate at Smith College in the late 1960’s and wanted to go abroad and expand her cultural experiences. She was interested in Psychology at the time, but hadn’t yet found a place within it.

Here Dr. Goldin-Meadow describes how she got started in Psychology with the decision to go to pursue this study abroad opportunity:

Because she had high school French, Susan decided that, perhaps, the best travel abroad option would be to go to Geneva, Switzerland. To do so would entail taking some Psychology courses from the available offerings at the Institut des Science de l‘education of the University of Geneva. It was an exciting opportunity: a chance to be in Europe, to take fascinating courses, to learn a new culture, and to use the language she had studied in high school! Well, as it happens, the Institut des Science de l’ education is kind of a special place in the history of Psychology. It was, from 1932-1971 the institute directed by Jean Piaget; during the late 1960’s when Susan traveled abroad she would take courses from Piaget, and the dynamic scholars of his institute.

One of the most seminal figures in the history of Psychology, and a scholar whose paradigms for cognitive development still provide the frame for much of our understanding of early life development. His influence was still relatively minor at that point in the United States, and as a young student Susan really was not aware of his work, although that was about to change. Because Piaget became such a critical person in Psychology’s history, I asked Dr. Goldin-Meadow about her experience and impressions of him — such that they were at this time.

Back to the serendipity of Dr. Goldin-Meadow.  Susan spoke a little French and wanted to use that language in her experience abroad, so she went to Geneva.  Because she went to Geneva, Susan had the experience of learning about developmental Psychology in courses taught Piaget and to study more directly with some of the mentors at that institute, Drs. Barbel Inhelder and Hermine Sinclair. Susan had the opportunity to conduct a research study with Dr. Sinclair (in French — which she had to advance with quickly during this year abroad) on the use of relative clauses in sentences.  Notably, while Piaget is an amazing figure in Psychology, he did not emphasize language in his research. So one more little twist of serendipity: Susan worked with Hermine Sinclair and Dr. Sinclair embraced a Piagetian approach but directed her research at linguistic issues, such as syntax. Certainly, given Piaget’s theoretical valence, there is not  a long list of Piagetian researchers at that institute nor with such an emphasis on language. As luck, fate, serendipity occurred, Dr. Sinclair was an exception and Susan gained research experience with her, leading to a motivation to study language and cognitive development.

Inspired by her research experience, and all she learned studying at the Institut des science, Susan returned to Smith College ready to fully engage with Psychology. And her focus would be language  — as she had established while working with Dr. Sinclair in Geneva. But what language? What part of psycholingusitics? One more bit of serendipity: across the street from Smith College is the Clark School for Hearing and Speech. The Clark School continues its mission today to “teach children who are deaf or hard of hearing to listen and talk.” Susan learned sign language and began to develop a relationship with the Clark School to support their activities, and in doing so found her own niche in the Psychology of Language.

It’s a lovely serendipitous cascade that leads Dr. Goldin-Meadow to her career research in gesture and sign language! The next step is to advance her training and attend a doctoral program. She chooses to attend University of Pennsylvania for graduate school.  Here, Dr. Goldin-Meadow describes some of her reasoning for that decision:

As she describes, quickly the University of Pennsylvania became a central point for cognitive-linguistic research. It attracted some amazing students and a very strong faculty during this period of the 1970’s.  It is clear in Dr. Goldin-Meadow’s reflections how profound this experience was for her, how intellectually stimulating and fulfilling! It is also clear how this helped her on her path to establishing her career. It is tempting to call this part of her life serendipity, as well, as she set out working with Drs. Lila Gleitman and Rochel Gelman, and, really, the whole of the department at Penn. It was fortunate. Fantastic! But at this point in her life, Dr. Goldin-Meadow certainly had found her excitement for research and oriented towards the opportunities that would feed her intellectual aims.  So, maybe, going to Penn is not quite serendipity, even as it has been (and continues to be), a wonderful place for her to have studied.

While a graduate student Dr. Goldin-Meadow developed her skill set as she conducted extensive observational research with a group of home signing children. To be clear, the children she was working with were deaf or had very limited hearing abilities, and had parents who emphasized educating those children to communicate in the hearing world: with lip-reading and vocalizations (without ASL or other formal sign language). Home signing is the spontaneously occurring set of manual gestures and motions used to communicate developed by these children. In observing home sign Dr. Goldin-Meadow had a chance to observe the processes of communication develop, how ideas were symbolically represented, how ideas were combined in a set of more formal operations with syntax. She spent many hours in their homes, communicating with these children, observing how they would interact and gesture to indicate the toys she would bring, and the experiences they were having.

Dr. Goldin-Meadow continued in this area of research as she embarked on her career at the University of Chicago in the mid-1970’s — the institution at which she has remained throughout her career.  Here she describes one more important little bit of serendipity while teaching one of her courses:

Can I tell you how much I love this excerpt? The joy of discovery! The attention to detail in her observations! The video of Dr. Gelman testing conservation must have been used for years, in the labs and courses of several notable Psychologists over the years. But this time, and for Dr. Goldin-Meadow she noticed something extra — the gestural additions from the puzzled children. That little detail provided the insight Dr. Goldin-Meadow to better understand the conservation task and enrich its implications for an understanding of theory mind. It gave her a new perspective that she integrated into her  home sign research, and it eventually spawned some future lines of research on the meaning of conflicts between gesture and sign. It is fabulous!

There are many highlights of Dr. Goldin-Meadow’s career, but I need to include just how critical her research has been with one last bit of serendipity. Dr. Goldin-Meadow is a pioneering figure in manual communication and gesture, most directly with home signs and spontaneous development of manual communication. For those with an interest in communication there was a significant major historical development in the mid-1980’s. As it happened, in the early 1980’s a school developed in Managua, Nicaragua for deaf children. This school was established with the political change that occurred as a result of the Sandinista Revolution and their emphasis on supporting literacy at a national level. The new school in Managua sought to educate its students to communicate in the hearing world, with vocalizations and lip-reading. The children of this school developed a communication system on the playground, behind the teacher’s backs, and of their own making. In short, these children developed a set of home signs on a massive scale. The efforts of these children to communicate with each other birthed a new set of manual communications and in doing so, they demonstrated the goals, behaviors, and formal operations in the instantiation of a new language! The activities of these children and their language system have been well chronicled with the work of Dr. Judy Kegl and others. For Dr. Goldin-Meadow, the creation of this language from home signs was a fantastic opportunity to evaluate theoretical ideas, to study the development of this language and its syntactic structure across generations, and to better understand the influences on language development. The actions of the Sandinista revolution led to a literacy movement in Nicaragua. The literacy movement was fulfilled by creating a school for the deaf in Managua. And the children of that school developed a new sign language system, providing a powerful new perspective on which to understand communication systems — especially for those with an interest in home signs! I’d call that serendipity!

All this narrative is fairly historical, and it is worth  noting that Dr. Goldin-Meadow has contributed to research on home sign, gesture, and the understanding of communication for more than 40 years with several exciting findings and paradigms. Hence I can hardly do this body of work justice in a short form summary, but suffice to say there is much more to share! In addition, she has contributed to Psychology as a field in numerous ways, serving development as a chairperson to her department, as a founding editor of the journal Language, Learning, and Development, and recently as the president of the Association for Psychological Science. Her contributions to Psychology are tremendous and enduring, from her scholarship to roles in teaching and professional service. I can’t wait to tell you more about her in the book!

Here are some of the wonderful publications from Dr. Goldin-Meadow:

Goldin-Meadow, S. (2005). The resilience of language: What gesture creation in deaf children can tell us about how all children learn language. New York: Psychology Press.

Goldin‐Meadow, S. (2015). Language and Thought. Emerging Trends in the Social and Behavioral Sciences: An Interdisciplinary, Searchable, and Linkable Resource, 1-14.

(Note* The image of Dr. Goldin-Meadow is **ahem** borrowed from the APS website because sadly I was so charmed in speaking with her that I neglected to grab a few photos during my visit.)

5 thoughts on “The Serendipity of Dr. Susan Goldin-Meadow”