Traveling to New Zealand has long been a fantasy journey for my family. Being here, now, I can tell you that it is real and it is spectacular.

We started on the North Island in the city of Aukland where I met up with Dr. Michael Corballis (note: that conversation will be posted on this site soon!). It is summer and so we met at the beautiful little island across from Aukland called Waiheke.

There was much to see in the city of Aukland: beautifully rendered murals, a friendly and welcoming city life,  and even a pop-up Globe Theatre and it’s company performing Shakespeare!   The featured image at the top is from Waitangi Treaty grounds, referenced in a previous post. 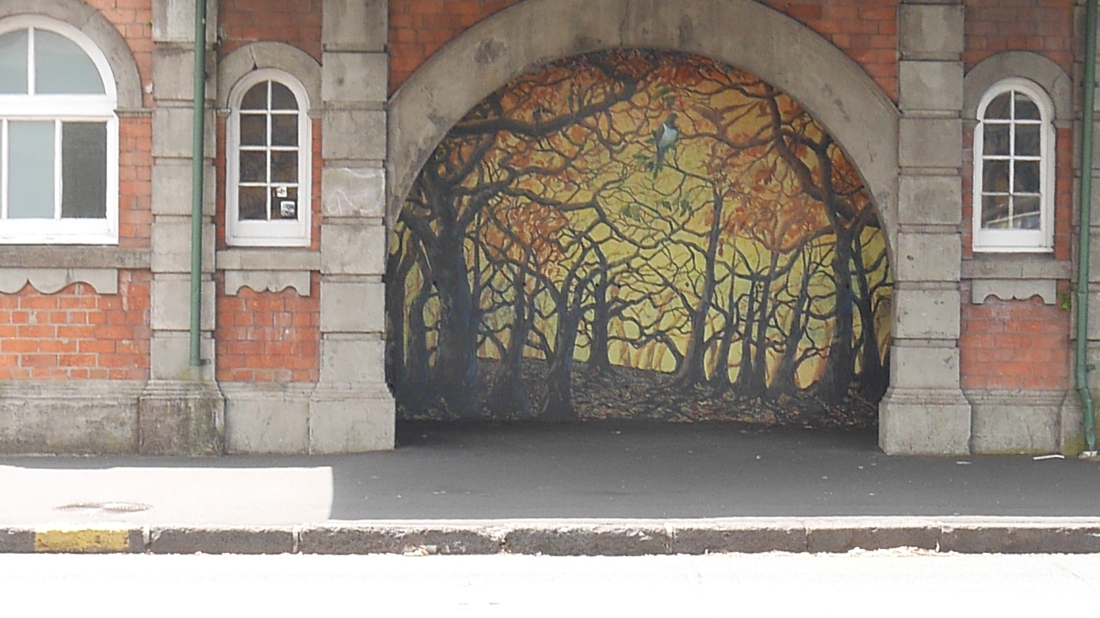 (Above is one of many thoughtfully rendered murals of the city) 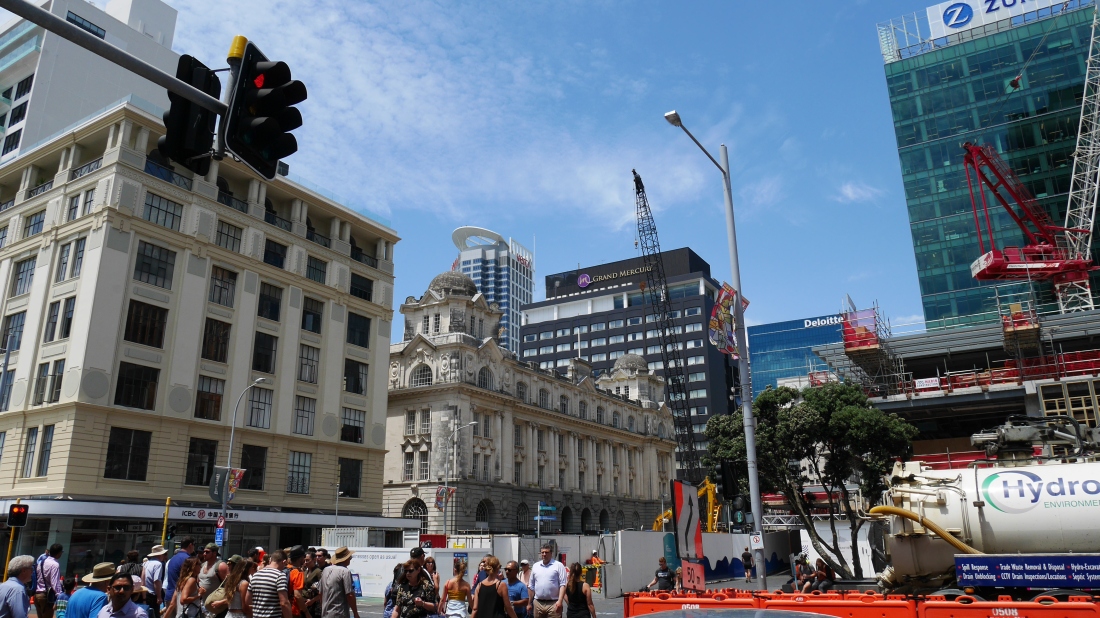 (Aukland’s waterfront plaza with an interesting mix of old and  new architecture. Walking through downtown we navigated this odd “Doors of  Perception” traveling exhibit — a quirky mind-bending installation. Also, I think I was  once in a band of the same name.)

(The pop-up Globe enjoyed it’s regular breaking of the fourth wall, and had us all feeling a part of their raucous take on the “Shrew”)

We spent some time on the road in New  Zealand,  driving from Aukland down through Hobbiton to Wellington, and now through the South Island (Picton, Nelson, Hokitika, and Christchurch). With each place there is much that is new and  much that is familiar. 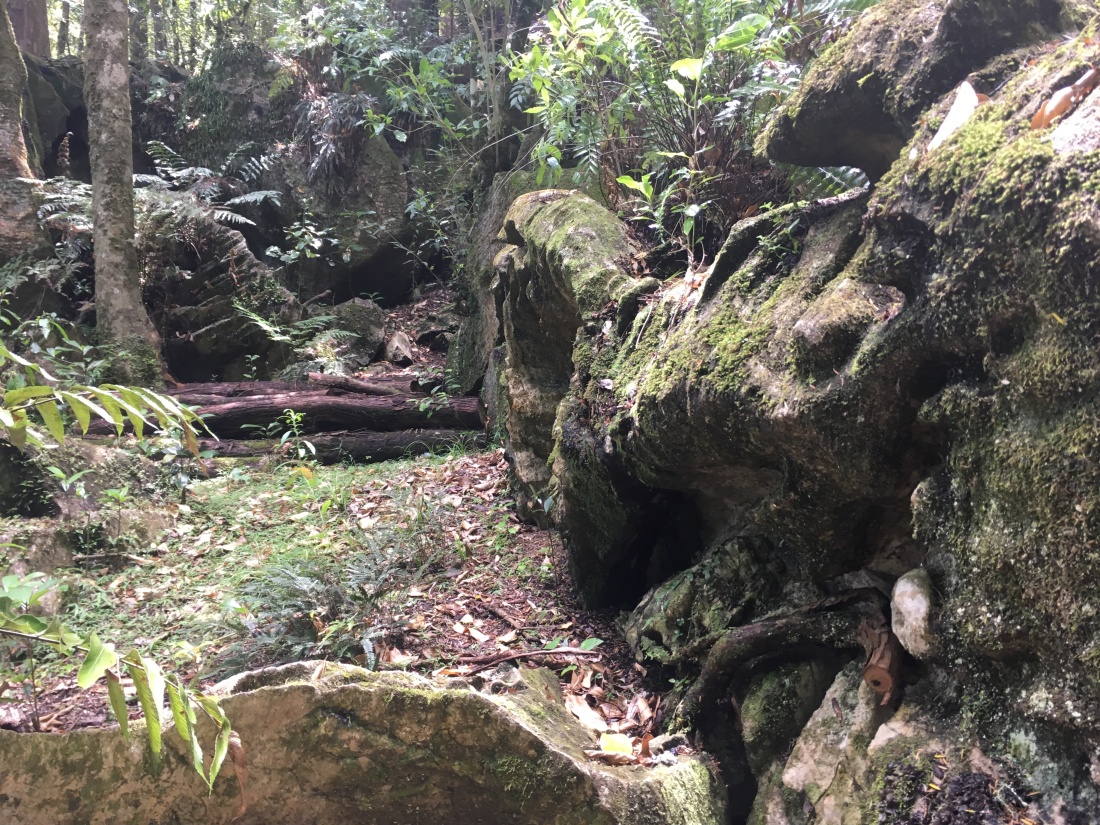 (Above is a view of the Kawiti family’s land and one of the many sites where one can visit glow worm caves in New Zealand. Much of both the north and south island are heavily forested). 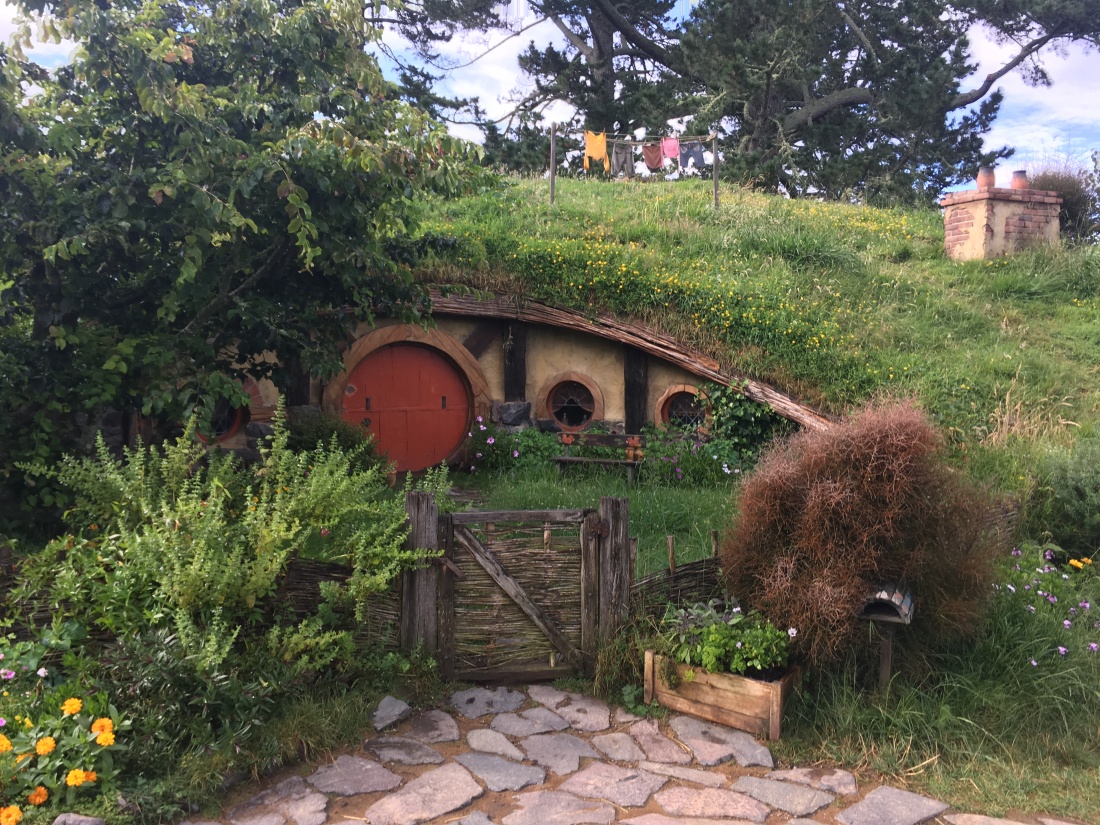 (Let me know if you would  like to see several hundred pictures of us tromping through Hobbiton, drinking at the Green Dragon, visiting the Weta workshop, and otherwise being super-geeky for our chance to visit Peter Jackson and co.’s interpretation of the classic J.R.R. Tolkien fantasies.) 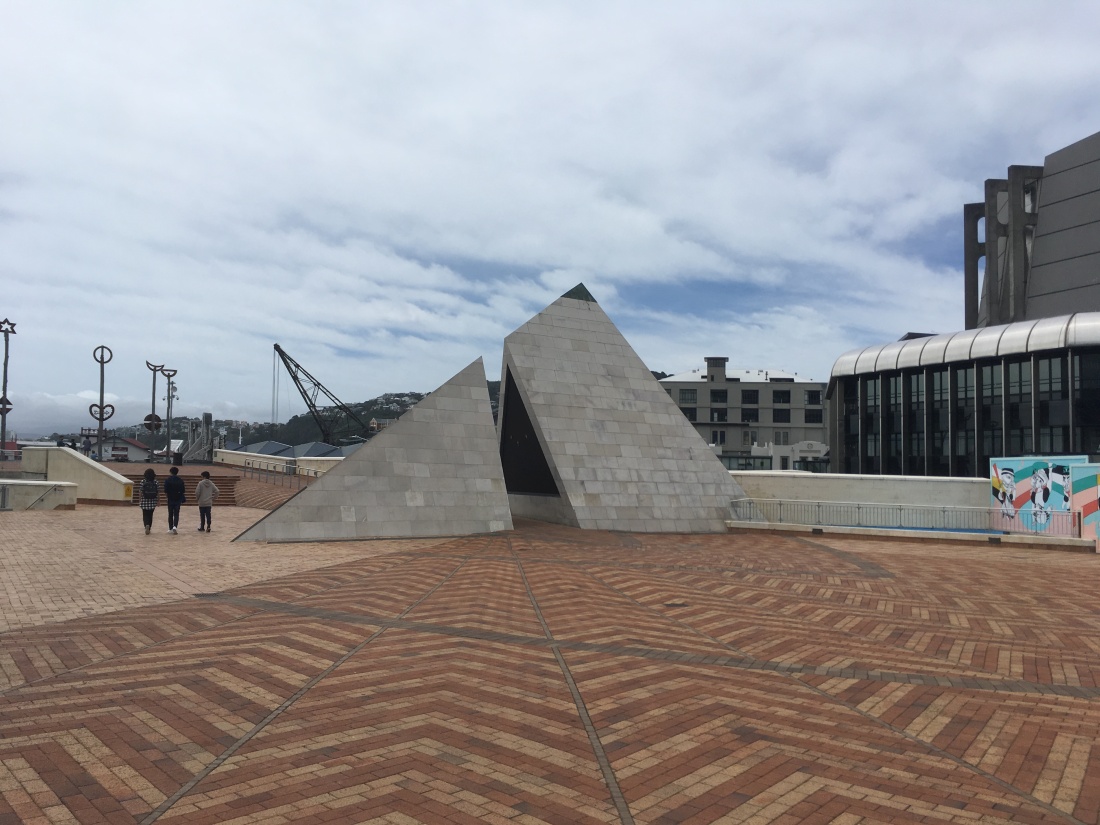 (Wellington was such a vibrant and friendly city! The stunning and surprisingly free major  museums line the water front, and we even came across Wellington’s pyramids as shown above!)

We have several more days to explore the south island, but the drive through the bush and along the coast has been absolutely incredible. We’ve made a few stops to embrace the natural wonders of this area. Here is an image from the north area  of Punakaiki.