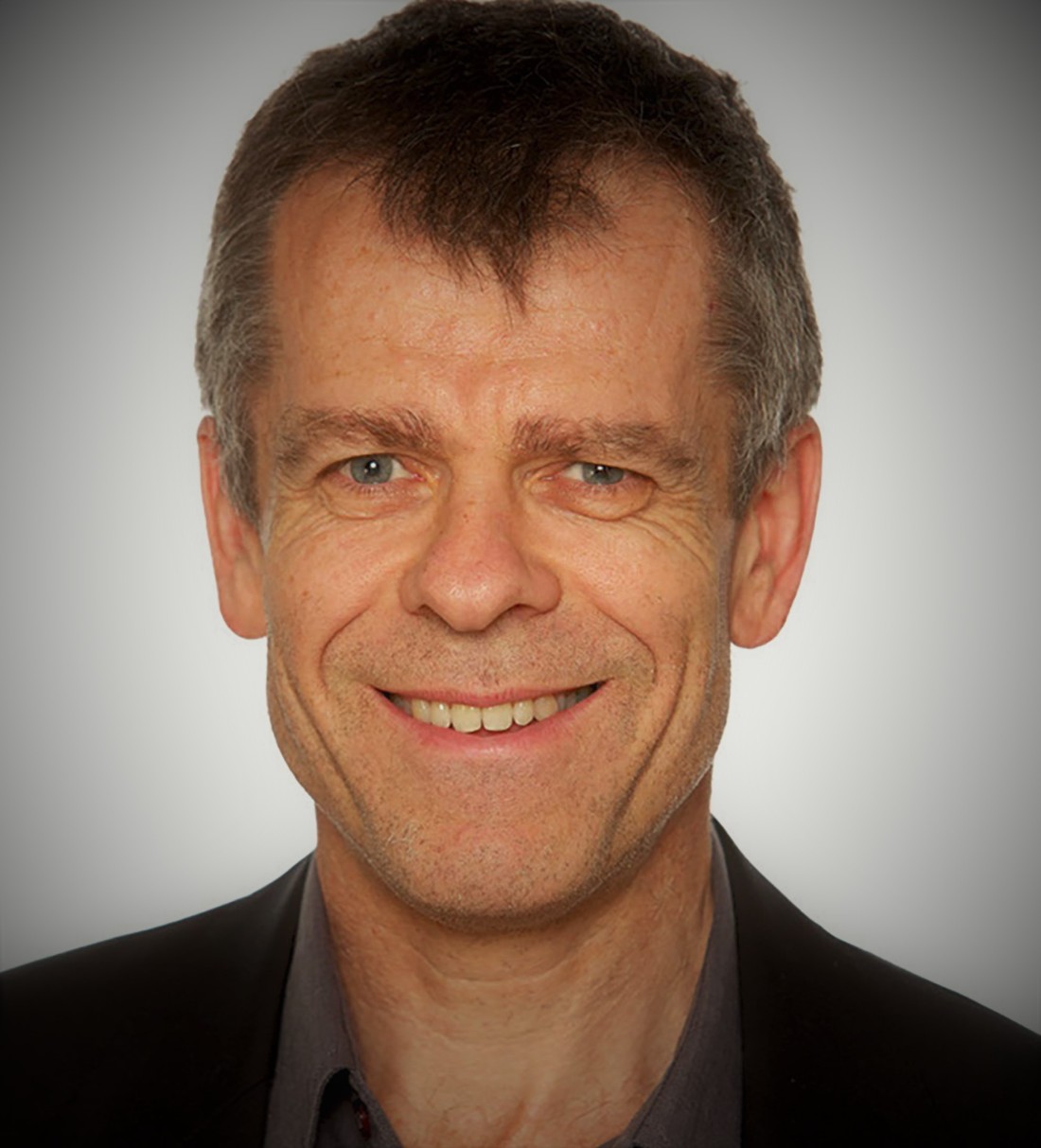 Dr. Richard Bryant is the one to call when you need to understand the impact of a soul-taxing,  high-stress, life-on-the-line kind of situation. He’s gone on the front line of wildfires with the men and women fighting it, he’s worked with emergency medical teams, he’s met with refugees at camps and spoken with them as they faced devastating situations.  As a  result of these experiences, his training, and his research, Dr. Bryant has become one of the foremost authorities on post-traumatic stress, acute anxiety, and the related grief. Dr. Bryant is a Scientia Professor at the University of New South Wales (Sydney, Australia), an NHMRC Senior Principal Research Fellow, and an Honorary Professorial Fellow at the University of Sydney and the University of Melbourne.

There is some cultural perspective to consider in understanding Richard’s education and choices as a young man. As Dr. Bryant described, it is common that people in Australia stay close to home. There isn’t a lot of looking around to different areas of the country (much less globe) to seek one’s education. Rather people tend to stay in the same town, same city for their primary school, for going to Uni, and through their lives as adults.    Using himself as an example, Dr. Bryant’s family moved to Sydney when he was about a year old. He was educated in Sydney from primary school to PhD, got his professional appointments in Sydney, and, to this day, lives within a few kilometers of his childhood home. It’s not that Australians don’t travel — there is also an Australian yearning for adventure — but Dr. Bryant suggested that most Australians seek a life that isn’t particularly nomadic.

His family had been working class people in Australia: blacksmiths, milkmen, shopworkers, etc. Richard’s father was from Newcastle, a once thriving steel company town just north of Sydney. He had to contend with providing for his family during the depression, that worldwide economic era that drove industry towns like Newcastle to economic ruin. His father took night school courses sought to better his fortunes by becoming an accountant. This plan was successful and Richard’s father completed his training and, during this difficult era, found steady employment in accounting. To secure that employment he even brought his family briefly to Tasmania where Richard was born in 1960, and then to Sydney where they remained. Much of the family remained in Newcastle where there was no university and limited educational options. Richard has traveled a bit, but when it came to seeking his education and finding his career, he followed the Australian norms of staying close to home. I can’t blame him. Sydney is, indeed, a wonderful place to be.

In this next excerpt, Dr. Bryant describes some of his education and how he got involved in Psychology:

As a teenager and young adult in the 1970’s you probably wouldn’t have predicted that Richard would have become a Psychologist. He liked history, but wasn’t excited by the sciences or maths. Academics for the teen-aged Richard were not the principle aim of his life.   Rather, Richard liked to have a good time and went to a school that maintained some reputation for a bit of revelry. He must have had a few laughs and enjoyed a great group of friends. Still Richard was a good student, and even if he didn’t plan for a particular career path, he had options. He enjoyed history, he enjoyed philosophy, and he had some notion that psychology might offer some professional possibilities. As described in that excerpt, he started an education at University of New South Wales, left the program, then started anew at University of Sydney where he completed his bachelors.

Richard kept at it.

He pursued the higher degree and played the game — learning the rules during his master’s program at Macquarie University and later in his PhD. Those were the years that got him excited about Psychology. During those graduate years he developed a strong relationship with his mentor, Kevin McConkey, and found the allure of research. As it happened, Dr. McConkey’s specialization was in hypnosis which enjoyed a heyday during the 1980’s. There were internationally renowned hypnotists around the world the training with hypnotism enabled Richard to learn clinical techniques, and study cognitive and perceptual issues as they were influenced by subjective and conscious states of awareness.

In this excerpt, Dr. Bryant recalls some of his clinical cases, including as early conversion disorder of a patient with hysterical blindness:

To be clear about my perspective, I’ll  reiterate that I am not a clinical psychologist, and hearing about the extremism of some human behaviors continues is unusual and often mysterious for me. Such is certainly true of these case studies. Dr. Bryant discussed an early case from his career that involved a conversion disorder patient that specifically experienced psychologically-induced blindness in one eye. This patient could see fine one eye and had no vision at all in the other. Importantly, there were no clear physiological limitations causing the blindness in that eye. In any case, Dr. Bryant got to testing this patient using a combination behavioral task and induced visual task via hypnosis. Assuming the guy wasn’t just faking (which is always a possibility), the patient had no conscious awareness of sensation in one eye and yet, over time and testing, was able to accurately identify when a shape was  presented to him in that blind eye. For what it’s worth,  the conclusion is always a bit nebulous: could he see but was tricked into honesty about his vision or was he blind but unconsciously experiencing the objects, thus guessing correctly when he could see? No way to tell.

Dr. Bryant described a case study of a patient with a conversion disorder that caused her to be mute — no ability to speak. As he described he was able to use clinical techniques to get her speaking but prior to treatment and after tested her with some neuroimaging to see how her brain was responding to  linguistic tasks. The neuro finding was curious: he found an increase in neural recruitment (i.e., more activity) of the associated cortical mechanisms for speech as her speaking abilities re-emerged. He also described a case  in which he worked with a patient who had a disassociated identity and multiple, functioning personalities. Importantly, and as is consistent in his career, he used this case and each of the ones above to use that particular disorder to test a cognitive perspective and to contribute to our understanding of cognitive mechanisms. With the dissociative identity disorder patient she had amnesia for the experiences that were experienced outside of a given identity,  and only had memories relating to her life within each personality.  Cognitively she seemed to create independent memories for each personality and conscious recollections would omit reference to the other personalities. Curious stuff.

That background developed in Dr. Bryant created a sort of cognitive perspective that he brought to bear on an understanding emotional and clinical processing issues. As hypnotism research began to lose steam at the end of the 1980’s, Dr. Bryant started on new directions in his own research program. By this time he had taken a clinical position with Westmead Hospital in (you guessed it) Sydney. Central to this position was working with patients who were survivors of motor vehicle accidents (MVAs) and burn victims. Dr. Bryant doesn’t claim to have been thrilled with the case load of clinical work, but he was learning a lot and he had access to a lot of cases. As he advanced in his career and found a new position with University of New South Wales, he and his colleagues (including a young student, Dr. Allison Harvey who I spoke with a few weeks ago) started to investigate how people were affected by these horrendous traumas. He began to study stress, acute anxiety, and the emergence of PTSD in relation to a variety of personality and contextual factors. This further led to involvement with emergency medical and trauma teams, and, later in his career, working with refugees and global tragedies.

In this excerpt, Dr. Bryant describes some of those difficult and sometimes high-risk experiences.

Raging fires, riding in choppers  with no doors  during storms and gale-force winds, speaking to people at refugee  camps.  There was a lot in that excerpt to give one a sense of how Dr. Bryant earned his influence in Psychology. He was able to use the anxiety literature and related background as the basis of his early theorizing, then applied it to the specific trauma-related situations to which he was becoming increasingly involved with. Whether for refugee camps or wild fires, many different emergency groups invited Dr. Bryant as an observer. He used these ride-along types of experiences to collect data, gather personal experience, and to work with those groups in on-going efforts to develop appropriate policies and interventions.

As a lover of stories that may have been poignant in shaping the lives and research of influential scholars, I prodded Dr. Bryant to discuss some specific incidents from this trauma research. There were more than a few that came to mind. In this excerpt, Dr. Bryant recalled some of the Syrian refugees and the stories that they told him:

The incredible thing to me is that so much of the time — nearly 75% of people who undergo trauma in their studies — demonstrate resiliency over time. They find ways to cope through active strategies (such as this smiling man) and relying cultural and religious beliefs (such as this woman who was fine). Others will  suffer PTSD, acute stress, and a variety of co-morbid symptoms affecting their health and well-being.

According to the United Nations nearly 70 million people were displaced from their homes in 2018 becoming refugees. Millions more suffered traumatic burns, had devastating motor vehicle accidents, and suffered horrible bodily harm. Dr. Bryant maybe didn’t set out on a plan to do the work that could help, maybe, dozens of people in his clinic who suffered trauma; or the thousands of people in emergency trauma units who benefit from the recommendations of him and his colleagues for more effective policies; or the, maybe, millions of people who suffer trauma annually and are better served because of his research. But he was interested, he did good work, and a lot of important findings and interventions came from that good work. There is  much more to tell of Dr. Bryant and I look forward to sharing more with you in the book!

Here are some of the wonderful publications from Dr. Bryant:

3 thoughts on “Dr. Richard Bryant Gets it Done”