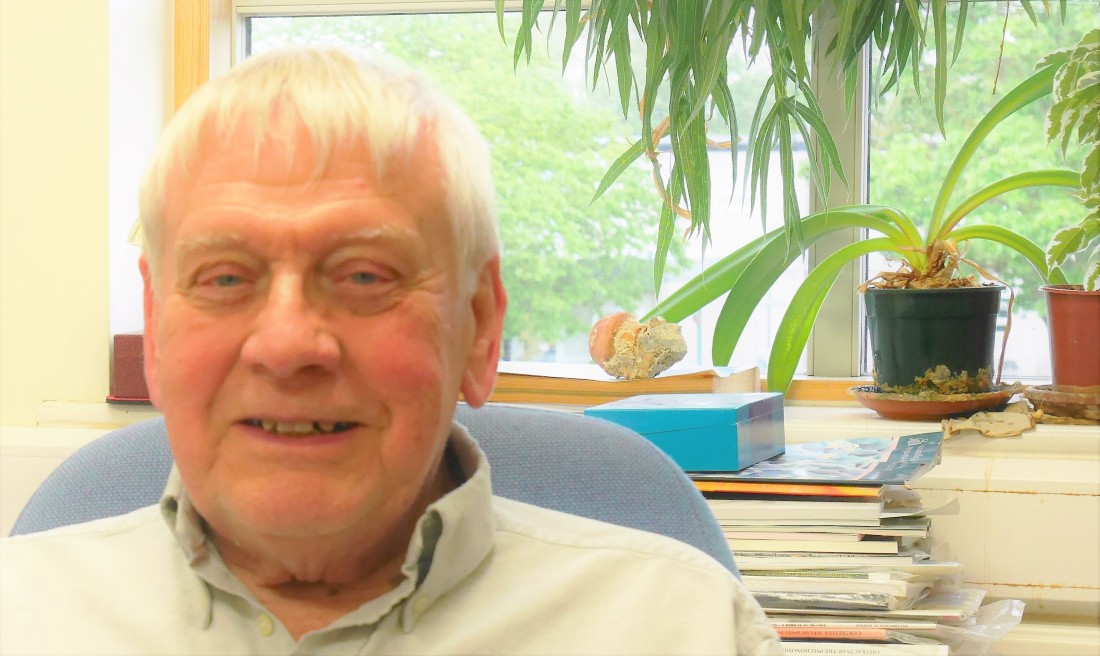 Dr. Alan Baddeley is among the most influential thinkers and innovators from Cognitive Science and Psychology of the past half-century. His research is broadly cited,  foundational, and beautifully communicated in the books, articles, and related publications he’s produced in his more than 50 years of professional activity.  Like a few others I’ve had the pleasure to speak with along this journey, Dr. Baddeley’s research and theories of cognitive processing are canon for introductory texts as part of the rudimentary principles of the field. They are featured in nearly every course surveying cognitive processes. With his collaborators, Dr. Baddeley has been central in psychology for his seminal work with MRC to optimize postal codes in the United Kingdom; he and colleagues completed some of the most cited and vivid demonstrations of context effects for learning and recall of ideas by testing memory underwater (during diving) compared  with on-land, and comparing the performance of people drunk and sober!  Baddeley and Hitch’s (1974) study and the theoretical development of a concept of working memory  — and its many follow-ups, replications, and advancements over the ensuring decades — is one of the preeminent approaches to the understanding of online cognitive processes, attention, encoding of information, and the structure of ideas in a person’s active mental state.

I am thrilled to share with you some excerpts and ideas from my lively conversation with the one of Psychology’s bad asses, Alan Baddeley! And no, I feel no remorse about writing that salty alliteration. Baddeley is definitely a psychology bad ass, a revolutionary thinker who has enjoyed an incredible career that shaped how we think about mental processes and behaviors.

In this first excerpt, Dr. Baddeley describes a bit about his parents and early life. His father served in WWI, the British Home Guard and was a professional compositor. Both parents participated in the local theatre. Alan was born in 1934 and grew up working class within a warm community, albeit an industrial area of Leeds.  (1:45 min)

Following WWII some new educational opportunities were created in the UK and Alan was in the first cohort to benefit from that social program. His education included a more varied and advanced set of courses than might have been offered in previous years. In fulfillment of some of those lofty national goals, some of those new courses peaked Alan’s emerging intellectual interest and set him on a direction to educational advancement at a top university. In this excerpt he describes early intellectual interests, pursuits, and activities in his youth.  Toward the mid-point of this description, he recalls his applications to university and a failed attempt to impress the posh set at Oxbridge with his stylish “zoot suit in a drape shape.” It all worked out well enough as he ends this description with his story of going to University College, London for university.  (4:45 min)

While UCL had a relatively small Psychology department when Alan was a student (graduating class of 1956), he was able to find several good opportunities and even attempted his first studies! He was dormed with a fascinating set of people in a kind of early social experiment. (2:00 min)

Upon finishing his undergraduate degree, Alan tried his hand at several different things: an internship at MRC, school teacher in a mining district, and eventually a master’s at Princeton University.  These were the days of Dr. Donald Broadbent heading the MRC and the opportunity for Alan was marvelous! He describes some of these activities and doing a master’s (despite an invitation to come for a PhD) at Princeton. (2:50 min)

Let’s get to some of those big ideas! I love this story of how Dr. Baddeley got involved with the studies on diving, and on drinking. The studies were fascinating, applied with insightful demonstrations of real world issues, but they were also fun! (2:30 min)

In this final excerpt, Dr. Baddeley describes his start with studies of working memory: what to test, who was tested, and the ideas that fascinated them. As noted above, working memory has become a long-standing theory and has been adapted into all kinds of models and ideas. (3:40 min)

Dr. Baddeley has had a tremendous career and remains active at York U! Across the hallway from his office is long-time collaborator and friend, Graham Hitch, and they have continued to inspire each other in the development of ideas. There is much more from Dr. Baddeley and I look forward to sharing it with you in the book!

You can find much more about Dr. Baddeley from his website, or even better his 2018 memoir “Working Memories” from Routledge Press!